Western Bar is a Game Watch game made by Casio which was published, in 1984.
Home / App Templates / Construct 3 You play as the Sheriff running wild at the local bar, drinking whiskey and shooting flying objects. The bartender started throwing stuff across the bar to let the Sheriff practice his sharp shooting skills.

This deviant behavior annoys existing customers! They would start throwing apples and the hat they were wearing at the sheriff and if it hit him, he would suffer a head injury resulting in the loss of a life point. Simple? Good for getting better!
The meanest guy in town, will stop by the bar to say "Howdy!" to the sheriff, which in turn would result in a hostile firefight and frighten bar patrons. The sheriff has to beat this guy to move on to the next stage!

Furious at his loss, the baddest man threw dynamite into the bar in an attempt to blast the sheriff to smithereens! This is where the Sheriff must avoid firing dynamite as he fires the items the bartender throws at him.

After some time, the meanest man in town is back, this time with super strong Armor! You will need some silver bullets and lots of prayers to beat this guy! He won't go easy on you!

This game was created using Construct 3 (source code included). To modify this project, you must have a personal license or higher than Construct 3,

If you want me to reskin or customize the game, please contact me via email [email protected]

Swipe the screen right or left to move the character, and tap the screen to shoot 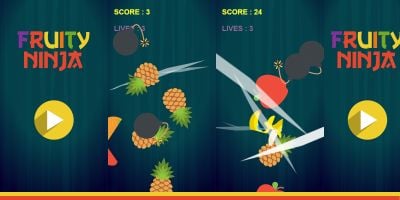